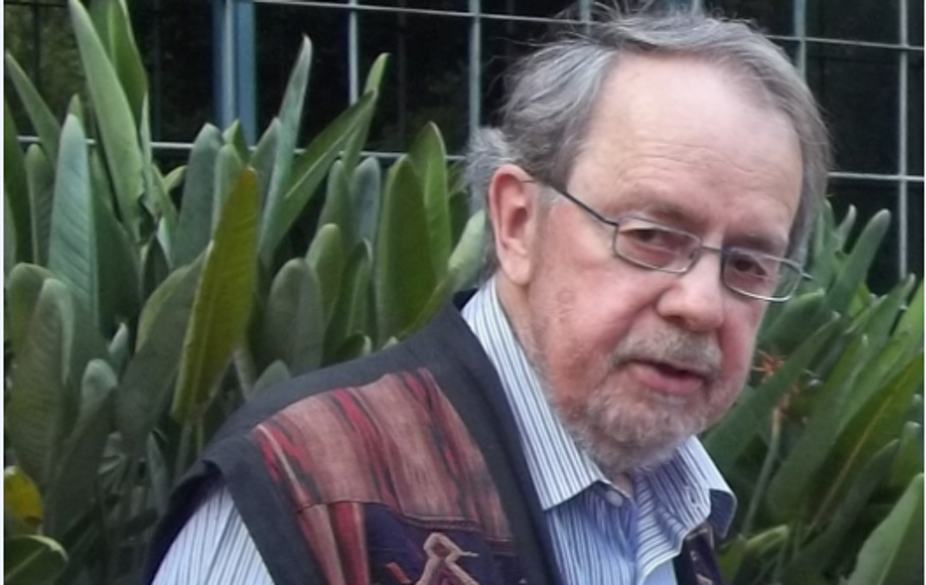 Hugh Lewin served on the Truth and Reconciliation Commission. Picture: Institute for the Advancement of Journalism

Hugh Lewin, who provided a unique voice on the South African story over many decades as militant, prisoner, journalist, author and much else, has died in Johannesburg at the age of 79.

Lewin is perhaps best known for two books that arose from his early involvement in the anti-apartheid underground. Bandiet, Seven years in a South African Prison, which has been described as a remarkable piece of prison literature, and Stones against the Mirror, published decades later, in which he describes grappling with the betrayal of the man whose testimony sent him to jail.

But his poetry, his children’s books and his work in publishing and the training of journalists and refugees leave as big a legacy. An outpouring of tributes has greeted news of his death. He has been called “an incredible writer and courageous soldier” by President Cyril Ramaphosa. and “a courageous stalwart” by Lord Peter Hain.

I first encountered him when he ran the small publishing house Baobab Books in Zimbabwe. Later I worked with him at the Institute for the Advancement of Journalism in Johannesburg, and will mainly remember his gentle humour, a sharp intellect that was never cutting, his ability to listen and his concern for others. It made him a great friend and outstanding teacher and mentor to many.

I will also remember the quiet dignity with which he dealt with his gradually failing health over the past decade, cared for by his partner Fiona Lloyd. His wit was still on clear display when I saw him just about a week before his death, despite frailty and struggling with the words that were his life – “I keep bumping against empty sentences,” he had previously said.

Lewin was born in the small town of Lydenburg in 1939 into an Anglican missionary family. He studied at Rhodes University before entering journalism at the Natal Witness in Pietermaritzburg.

He was quickly drawn into anti-apartheid politics of an increasingly radical kind, and got involved in the National Committee of Liberation, later renamed as the African Resistance Movement. This group of activists grew out of the Liberal Party and embarked on a campaign of sabotage of infrastructure targets, which it carried out between 1961 and 1964.

In July 1964, Lewin, then 24, was sentenced to jail for seven years for sabotage. He served this time in Pretoria Central prison, where he kept notes of his experiences in his Bible. After his release, he left the country on a “permanent departure permit”, to begin life as an exile in London.

Bandiet was published during this time. It manages both to provide harrowing detail of life in an apartheid jail and to use prison as a metaphor for the system as a whole. Reviewer Daniel Roux described the book as deserving, “its place in the global canon of prison writing”. Roux called it an,

understated, elegant and honest memoir that resists self-pity and self-glamorisation, and shows in careful detail what it feels like to drop out of one reality and to enter a completely different world.

Long banned in South Africa, the book was republished in 2002 as Bandiet – out of jail, including additional later material.

His family remember an additional result of the prison years: his skill at sewing, from sewing mailbags in jail. His stitching was apparently large but very neat.

During 10 years in London, he worked as a journalist and for the International Defence and Aid Fund, a support organisation for anti-apartheid causes.

Another 10 years of exile followed, this time in Zimbabwe, where he worked as publisher and wrote a series of children’s stories, the Jafta series, whose simple narratives spoke to the ordinary reality of Southern African children.
Hugh returned to South Africa in 1992 and began work at the Institute for the Advancement of Journalism, the institution founded by Allister Sparks to train journalists for the new democracy.

He served on the Truth and Reconciliation Commission before returning to the Institute for the Advancement of Journalism in 1998 as its executive director. It was during this time that he was involved in the early initiatives that led to the establishment of the journalism programme at Wits University.

But processing of the traumatic events of his youth was clearly not complete, and after retiring from the Institute for the Advancement of Journalism, he worked on the memoir that became Stones against the Mirror. Published in 2011, the book deals with a friendship that ended in betrayal. Adrian Leftwich was the man who gave his name to the security police and testified against him in court, and the book describes Lewin’s 40-year search for some kind of resolution.

There have been many accounts of life in the active struggle against the apartheid regime but this one is a fearless exploration into the deepest ground – the personal moral ambiguity of betrayal under brutal interrogation.

It won the Alan Paton Award in 2012 – one of many honours he has received.

During these later years, Lewin also continued his involvement in training, travelling to the Myanmar border to work with refugees with his partner Fiona Lloyd. However, failing health made this more and more difficult.

Lewin leaves his partner, two daughters from an earlier marriage and three grandchildren.

Franz Krüger, Adjunct Professor of Journalism and Director of the Wits Radio Academy, University of the Witwatersrand

This article is republished from The Conversation under a Creative Commons license. Read the original article.