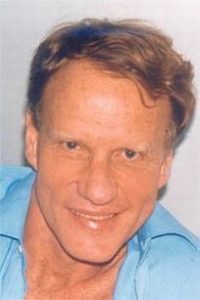 Taco Kuiper was a highly successful South African publisher who left a significant part of his estate to the promotion of investigative journalism. As business journalist and publisher Kuiper knew that exposing matters of public concern which those scrutinized would not want to see disclosed, was an enterprise. As he himself did not shy away from taking on public institutions and profiteers of apartheid policy, he thought it important to foster and reward investigative journalism in South Africa.

It was for this reason that Kuiper, shortly before his death in September 2004, set up a fund for investigative journalism within The Valley Trust. The Trust has partnered with the Wits Journalism Programme to carry out Kuiper’s wishes and to administer the Taco Kuiper Award and Fund. Kuiper was born in 1941 in Indonesia and spent his early years in a Japanese internment camp. His parents were Dutch and the family returned to the Netherlands after the war.

He was sent to Johannesburg in the early sixties to work for Barclays Bank. At heart an entrepreneur, he soon started his own investment statistical service. Working out of a tiny flat in Joubert Street, Johannesburg and assisted by two disadvantaged youngsters he established what became the foundation for his business and wealth: The Investors’ Guide.

Kuiper had, a strong love of South Africa and strong views about the extent to which apartheid had financially disadvantaged the black community. By the time he died he had surrendered his Dutch citizenship and become a South African.

His funeral made headlines. In a letter marked ‘not to be opened until after my burial’ he had left instructions that every family present at the funeral service would share in a legacy of R1,000,000.Ninty-two families were there and each received just under R11,000.