Three permanent judges represent out funders the Valley Trust, Wits Journalism and the international media. They are assisted by judges appointed each year.

Tom Cloete is a Judge of the Supreme Court of Appeal in Bloemfontein. He is also one of the five trustees of The Valley Trust, a trust set up by the late Taco Kuiper to promote investigative journalism.

Cloete studied law at Rhodes University and at Oxford where he was a Rhodes Scholar. He was admitted to the South African bar in 1975 and also practised in Botswana and Swaziland.

In 1991, two years after becoming Senior Counsel, Cloete was appointed to the Johannesburg High Court. He was the Senior Judge of the Commercial Court in Johannesburg until he was elevated to the Appeal Court.
He has also served on the High Court of the Kingdom of Swaziland and as an ad hoc Judge of Appeal in Seychelles.

Sarah Carter works for the US television network CBS, based in Johannesburg. She has won awards for several programmes including Death by Denial on Aids in Africa and her investigation into South Africa’s apartheid-era chemical and biological warfare programme.

She teaches the Masters in International Reporting at the Graduate School of Journalism, UBC, Canada. In 2010 her students won an Emmy for their PBS/Frontline documentary Ghana: Digital Dumping Ground, which traced the path of electronic waste around the globe to Ghana, China and India. 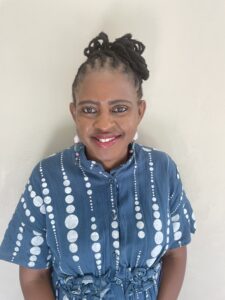 Mahlatse Gallens has honed her skills as a content manager – specialising in broadcast, online and social media platforms. She has managed Africa’s biggest and most influential newsrooms including the SABC, News24 and Eyewitness News. She has been in management roles for the past 8 years –  harnessing people’s skills, curating content, making it more accessible to South Africans and growing audiences.

After obtaining a national Diploma from Peninsula Technikon (now Cape University of Technology), she worked as a producer, general news reporter, senior health reporter and worked across the African continent with a stint as a correspondent for the SABC based in the Democratic Republic of Congo and Kenya. She furthered her studies with a B-Tech qualification from Tshwane University of Technology.

With a passion to champion South Africa’s hard-won freedom of expression and ensure that quality and ethical journalism thrives, she became a member of the South African National Editors’ Forum. She was elected chairperson in 2016 and re-elected for a second term in 2018. In 2020, she was elected as the Forum’s Secretary-General.  Various industry accolades include winning awards, being selected as one of the top 200 Mail and Guardian’s most influential young South Africans and being invited as a guest speaker at various local and international conferences. She is currently head of content at the South African Reserve Bank. 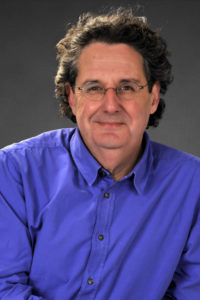 Anton Harber, the Caxton Professor of Journalism (Adjunct) at the University of the Witwatersrand, Johannesburg, has a 35-year career in journalism, media management and training. He was founder-editor of the anti-apartheid newspaper the Weekly Mail (now the Mail & Guardian) for 12 years, Editor-in-Chief of South Africa’s leading television news channel, eNCA, and chief executive of Kagiso Media.

Harber wrote Diepsloot (Jonathan Ball, 2011), The Gorilla in the Room (Mampoer Shorts, 2013). He co-edited the first two editions of The A–Z of South African Politics (Penguin, 1994/6), What is Left Unsaid: Reporting the South African HIV Epidemic (Jacana, 2010), and Troublemakers: The best of SA’s investigative journalism (Jacana, 2010). 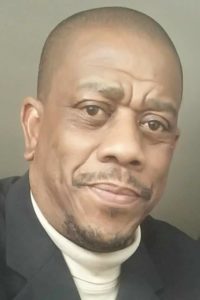 Thabo Leshilo is Politics and Society editor at The Conversation Africa. He is a journalist and editor with over 25 years’ experience in newspapers. He is a former editor of Pretoria News, Sowetan, Sunday World and Business Times. He has been a political reporter and news editor and has written extensively on events in South Africa as a reporter, features writer and columnist.

Leshilo’s main areas of interest are human rights, education, politics, labour, transport and small business development. He has also worked as a communications strategist. He is a past winner of the Sanlam Business Journalist of the Year Award (small business section).

He has chaired the judging panel for the SAB Sports Media Awards and is one of the judges for the Sikuvile Journalism Awards.

Leshilo is a former Nieman Fellow in journalism at Harvard University (2008/2009). He holds a Masters in Applied Ethics, with a focus on Media Ethics. He also holds a B. Admin degree – with majors in Public Administration, International Relations and Political Development – from the University of Limpopo.