Atrocities of human trafficking and smuggling

Journalists talk about investigating the ‘multimillion dollar business’ of human trafficking and smuggling. 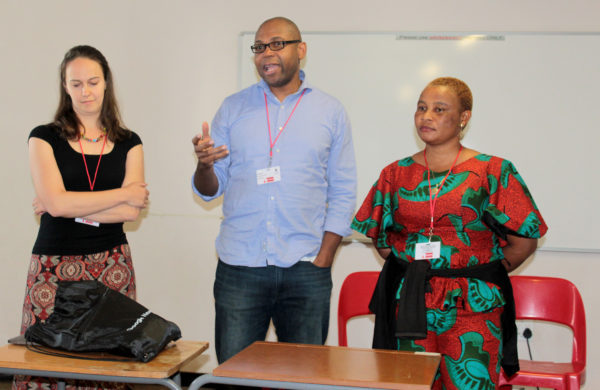 Human trafficking is generally associated with enslavement but a growing trend is the trafficking of human beings for the harvesting of organs  for the illicit international transplant trade. This was the focus of the Big Business of Human Smuggling/Trafficking session at the 2018 African Investigative Journalism Conference (AIJC) in Johannesburg on Tuesday, October 30.

Juliana Francis, crime editor of the New Telegraph, joined Ron Nixon of the New York Times and Reuters’ Inna Lazareva on a panel which explored human trafficking and mechanisms that journalists can use in investigating trafficking.

Francis highlighted that trafficking in Nigeria is commonly thought of as a crime carried out only for slavery and prostitution. She explained that trafficking also has a new disguise in the form of employment to youngsters who are desperate for jobs. “People are offered fantastic jobs overseas but then become tricked and kidnapped. Social media, such as Facebook, advertise good jobs or pageants but actually trick girls to collect their eggs,” said the Nigerian journalist.

Francis advised the audience to be on the lookout for social media pages as that is where critical leads can be found and explored.

Nixon, a homeland and security correspondent, looked at human smuggling in a completely different light. “My strategy of investigating human trafficking is to approach it like big business, like how people move commodities, in this case people from one place to the next,” he said to Wits Vuvuzela.

In digging for information, the Washington-based journalist urged attendees to interview people who might potentially know the situation, the victims, relatives, people who own stash houses and law enforcement and court records in order to get to the heart of the matter.

“The challenge, though, is that it’s illegal so people who do [this] don’t usually wanna talk,” Nixon said.

Omoniji Ibietan, a PhD Communications student from North West University, who was attending the lecture, emphasised the importance of journalists exposing such stories for the sake of the public.

“Smuggling and trafficking is a highly organised crime. A journalist is, first and foremost, a social entrepreneur… [their] duty is to lighten up an arena that is dark that is trafficking to alert the society of what is happening,” Ibietan said.