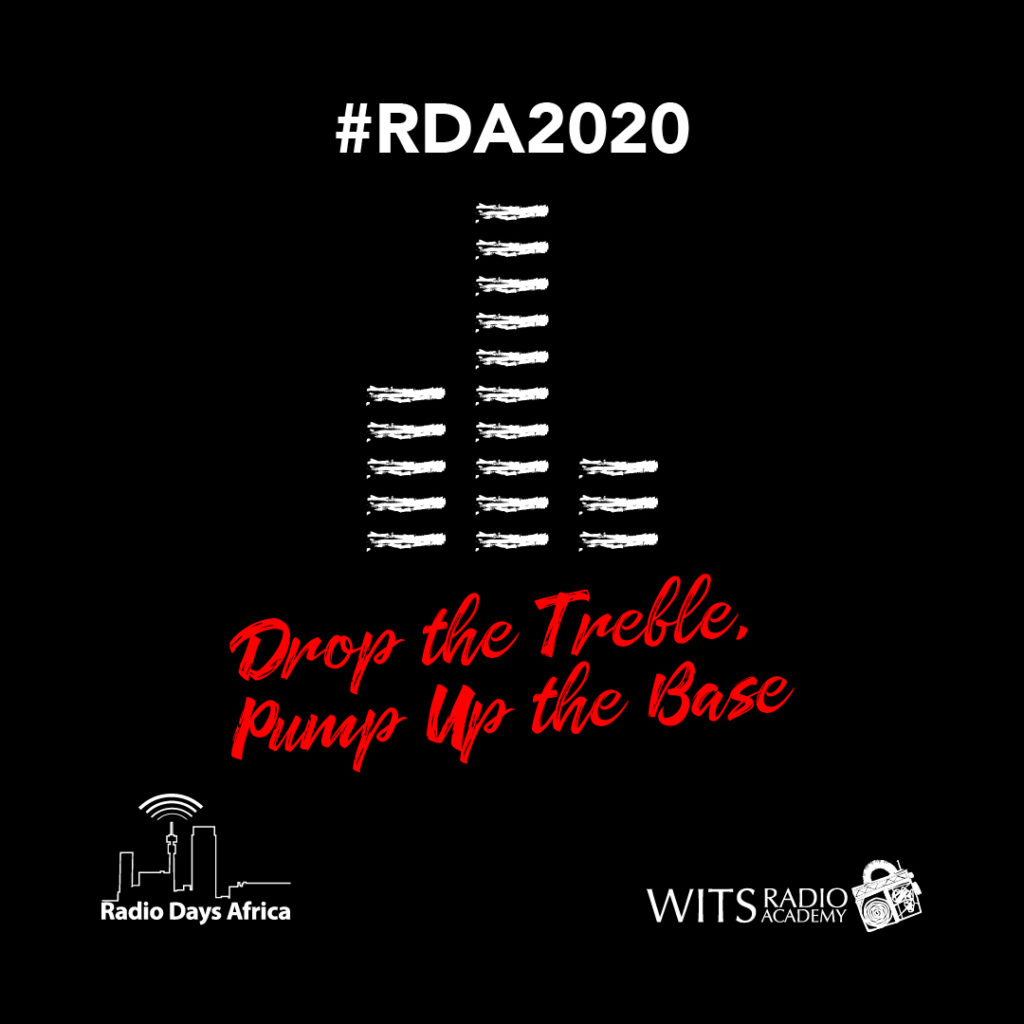 Thirteen was anything but an unlucky number on Day 13 of Radio Days Africa 2020, which featured host Neil Johnson talking to experts Lindsay Johnson (CEO & Producer at Crossfade Studio in South Africa) and Andreas Sanneman (CEO at Benztown in Germany) about the important role that audio and sound production plays in the broadcasting arena. These individuals and teams are enlisted to give listeners a very specific experience and essentially create the mood of the stations they produce for. Often underappreciated, their work plays a definitive role in the daily experiences of millions of radio listeners across the world on any given day.

To start off and to shine a light on this important cog in the broadcasting machine, we got to know the panel a little bit better. Lindsay has had a share of gigs on the production side of the business, working on imaging and other production related roles across KFM, Smile FM, 702 and the broader Primedia group in South Africa. Andreas, who is based in Stuttgart, runs a company that delivers audio branding and imaging products to thousands of clients across five different continents and counting. Considering the collective experience and knowledge between them, it was only fitting that delegates in attendance were treated to a mini masterclass in creating a unique sound for radio stations, as well as learning how to work with practical briefs from program directors, while also getting answers to a flurry of their questions related to getting started in the field.

For Andreas, creating the sound of a station involves what he considers to be a relatively simple, step-by-step process, which he shared with attendees. While not explicitly stated as such, as an attendee it became clear that these steps can be applied to imaging across radio stations, podcasts or any form of broadcasting in the modern digital age:

“I don’t know any station that sucks at production, and has good ratings”, he went on to say later on in the session. This applies across all forms of audio production involved, from the music beds all the way through to station spots. He also offered up a golden nugget that will take any aspiring sound engineer or producer very far. “Think about the listener and the station first, before you think about what you like”.

For Lindsay, when it comes to production, sometimes less is more. “A lot of audio producers often make the mistake of throwing everything including the kitchen sink at a brief,” he stated. “[This is why] the brief is so important”. The creative should end up being a collaborative, team effort, rather than just being a way for a producer to “be the star”. He also reiterated the importance of knowing your production resources like the back of your hand. “Know what you’re working with,” he said. “You shouldn’t be grabbing things at the last minute. It helps speed up your workflow and overall production time”. He suggested that producers should know both the software they are working with, as well as the playout system they are producing for. At the end of the day, knowing how the system works can make a world of difference to how the audio ends up adding to (or taking away from) the overall production value of the station sound.

In closing the session, which could have lasted another hour judging by the amount of interesting questions from delegates, Neil addressed an important point. “Not everyone has sophisticated equipment or access to studios like you do”, he said, proceeding to ask about some of the free tools that are available for any budding sound enthusiast. “YouTube is a good place to start,” Andreas suggested, referencing a colleague that has been doing tutorials online since 2005. “The Benztown blog is another option”, he added. As he would add, it turns out that there are various options out there, and there are even free trials attached to some of the software associated with production and sound engineering. Some options like ProTools and Adobe Audition are now packaged with monthly subscriptions, effectively making them far more affordable than they have been previously. This reduces the barriers to entry and should help many future producers to start playing around with sounds and nurturing their talent in the years to come.

Today’s session was a treat for all parties involved, and will no doubt have inspired a group of future radio producers and sound engineers across the African continent to start delving a little deeper into the field. The key is to start where you can, and to get better in increments and with practice. Whether you’re looking to produce sound for podcasts, radio or other mediums in future, the opportunities are endless in the digital age, and if the panel from today’s discussion are anything to go by (it should be noted that they even spent a few minutes thanking each other at the end of the session), the community is collaborative and supportive, keen to help develop new talent, and ultimately continue to spread the love across the African content.