RDA2020: Redefining the creative edge in radio in a changing landscape 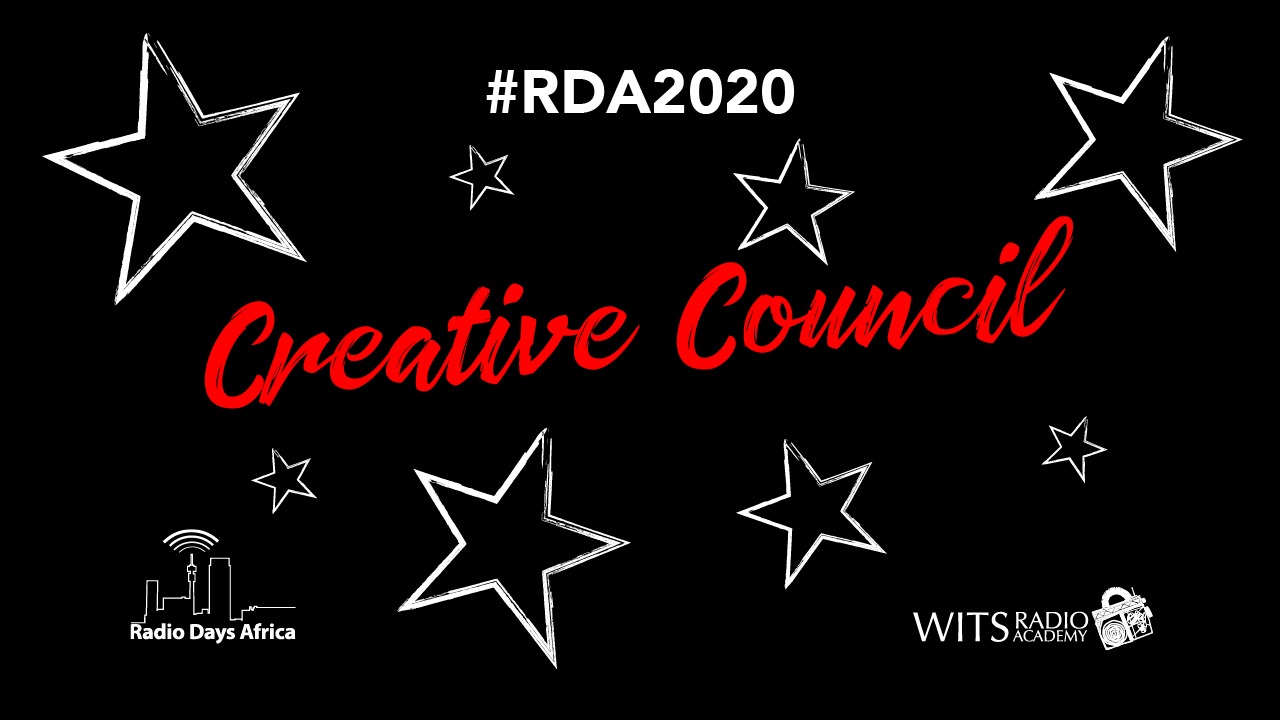 The first week of Radio Days 2020 wrapped up in style this afternoon, with media personality Claire Mawisa hosting a thought provoking discussion about how a changing landscape, consumer experience, budgets and delivery platforms continue to put pressure on traditional radio and the way it is used by agencies and brands to deliver high impact creative campaigns for radio. Today’s panel featured some of the best in the industry including Paulo Dias (Content, Creative and Convergence Specialist at Ultimate Media), Refue Mofokeng (Head of Creative and Production at Mediaheads 360) and Tim Culley (Marketing Expert at Cliff Central Creative) forming a ‘Creative Council’ of sorts, and sharing their views about how we can go about redefining the creative edge in radio as we move into the future.

To kick things off, Claire asked the panel about the first thing they keep in mind before starting a new creative campaign. “We ask how we will get people to do something,” Refue began. Getting people engaged is one of the most important aspects of how she approaches any campaign. For Paulo, it’s predominantly about the campaign integrating into the show, and not the other way around. In his view, “any good radio creative has got to think as a presenter and a programmer first”. For Tim, the most important consideration is whether you are telling the listener something interesting about the brand. As he voiced with confidence – “If it sounds like an ad, nobody will listen to it”.

This is just the tip of the creative iceberg, and commercial radio campaigns typically require the combination of station, brand and agency working together for a mutually beneficial outcome. Naturally, this isn’t always easy. South Africa is a very diverse country with multiple languages and cultures, each containing their own nuances that are important to get right depending on the targeted audience. “The best agencies these days are the most diverse,” shared Tim. Paulo echoed these sentiments, referencing different nuances at ALS radio as an example. He mentioned setting parameters for the station based on the needs of the client, but that ultimately the execution was best left to the station, being mindful that they know their listeners the best. As Refue suggested in response, this is where the importance of solid relationships with stations come in. “They are the ones who will be able to explain the little nuances to you”, she added to conclude the segment.

The relationship between agency and brand is just as important as the one between agency and station. So does the panel think that brand expectations are typically realistic when it comes to creative campaigns? According to Paulo, not always. Often, brands have a preconceived preference towards certain stations, shows and presenters they listen to in a personal capacity, which can be a hurdle if the campaign speaks to a different audience. For Tim, clients often want to do something different just for the sake of doing something different. “Don’t see different as better,” he said. “Different is just different, unless it’s better”. From this segment, it became clear that it remains a unique journey with each client, with the changes in the global landscape presenting a series of new challenges relative to expectation setting between agency and client.

The panel couldn’t talk about a changing global landscape without referencing the impact of COVID-19. Tim’s done some research on what brands are asking for in response to the pandemic, which suggested that consumers are primarily engaging with two things: sincerity and humour. “The brands that are brave enough to still use humour will get a lot during this time”. Paulo argued that companies have been slow on the uptake for campaigns, as budgets have been slashed. “Those that have continued to advertise are scared of being tone deaf”, he said. He suggested that they are starting to see a lot more “what’s next”, “we can do this together” and “what has this taught you about the future” types of messaging in the market. For Refue, clients want listeners to tell them what they want, and brands want to have a collective conversation with their audience. “I’ve seen a lot more engagement between brands and listeners”, she added. This is a useful indicator of what we can expect to hear on creative campaigns moving into the latter stages of the year.

Redefining the creative edge on projects as we move into the second half of 2020 also requires a few other considerations. For Tim, the best way to go is to utilise the power of integrated campaigns. “Everything on its own can only achieve so much. Radio is only as strong as the integrated campaign it is in”. For Paulo, there is a shift towards talking to people, rather than shouting at them in an ad campaign. “Simple and kinder is better. Aggressive and over patronising doesn’t work,” he argued. He also mentioned that hard-sell messaging involving ‘miss this and miss out’ type of language should be avoided. Refue suggested that planners and clients need to continue to see that each station has its own voice and target their messaging accordingly. “In the past, if a campaign targeted a black audience, it collectively went to all black stations”. She was quick to offer a response to Paulo’s thoughts about aggressive messaging too. “On a station like Lesedi FM, that [tone] works. Understanding different tones for different languages and their respective stations is crucial”.

Differences of opinion aside, the panel reiterated the importance of getting radio 100% right in future campaigns, and to leverage other platforms from there. This is one of the ways to help redefine the creative edge, even in the wake of a fairly grim economic outlook. “It’s going to get harder,” according to Paulo. “What we’re hoping to see is brave brands starting to get back to radio as soon as possible”. It’s clear that everybody involved is going to have to be adaptable in the process. As Refue put it so simply, at the moment we can only take things day by day.

It helps to remember that the specialist radio agencies are still there and haven’t left the market. These people know and understand radio, and will continue to help brands get the best bang for their buck, while also remaining mindful of the widespread challenges within the industry and beyond. Perhaps the notion of redefining the creative edge involves embracing both the expected and unexpected changes in the landscape. It may even turn into an opportunity for innovation, a way to strengthen the relationships between all parties involved, and a means to develop even more thought provoking campaigns moving into the future.