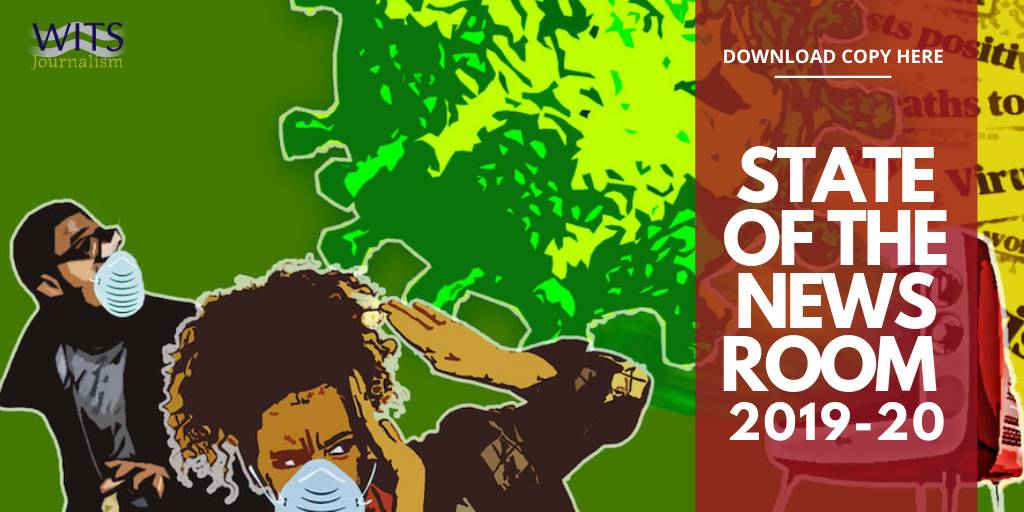 The latest State of the Newsroom, 2019-20: Before/After is now available online. This is the sixth report of its kind to be published by Wits Journalism, and chronicles the ups and downs of South Africa’s media industry together with  a few deeper dives into specific issues.

We have called this issue “Before/After” to try and capture the sense of co-habiting two spaces at once. The report includes a detailed analysis of the status quo of media ownership up until the end of 2019, and a roundtable discussion of the roles and pressures faced by women media workers in the newsroom. It then looks at the impact of the pandemic on the survival of newsrooms in South Africa.
The report also has updated media indicators on newspaper circulation, broadcast statistics, and on media freedoms, developed from a review of South African Editors’ Forum media releases from 2019.

A new summary account of transformation in newspaper editorship, and on the boards of major media houses, also suggests that although racial transformation in the newsroom is strong, there is some way to go to offer gender parity in the decision-making affecting our news.