The ethics of reporting on child abuse in war zones

An investigation into sexual abuse by UN peacekeepers sparks a discussion about practicing ethical journalism.
By Thabiso Goba 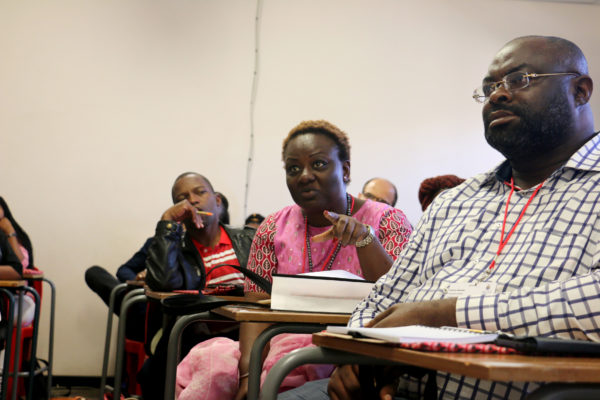 A CHANCE encounter underneath a tent at a war camp on a rainy night in Bangui led to an extensive investigation into alleged sexual abuses by United Nations (UN) peacekeepers.

Inna Lazareva, a freelance journalist from Cameroon, was reporting from temporary camps in the Central African Republic (CAR) on a story about displaced communities fleeing the civil war in 2014, when she met Mary Valentine, a local community organiser.

Lazareva asked Valentine whether there was any truth to reports of sexual abuses against children by the UN peacekeepers.

Lazareva was speaking at the session called African Stories: The UN Child Abuse Story, on Monday, October 29, at the African Investigative Journalism Conference (AIJC)2018, running until October 31 at the University of the Witwatersrand.

Following that interaction, Lazareva went on to write multiple stories on the subject and in the process interviewed some of the child victims.

“We met a 14-year-old girl who was in a relationship with one of the peacekeepers. She found out she was pregnant and HIV-positive after the soldier was dispatched to another mission,” she said.

In terms of covering stories in war-torn countries, Lazavera said that it’s made possible through a collaboration of people and agencies. She received a grant from the International Women’s Foundation which provided her with hostile environment training, accommodation and security.

She also extensively consulted a child psychologist for knowledge on how to interview abused children and not cause them further harm.

“There is also the issue of anonymity because you are dealing with children and getting permission from their parents to interview them,” Lazareva said.

At the same session, Adie Vanessa Offiong, a reporter for Nigeria’s Daily Trust, spoke about the challenges of covering stories of children affected by militants, Boko Haram.

“One of the troubles is getting consent because most times there is no adult to sign release forms for these children.” she said.

Since reporting on this issue, Lazavera said the impact had been “a mixed bag”. Despite assurances by the CAR government, some of the abused children had not received adequate assistance.

However, an independent review of the child abuse allegations was undertaken, which resulted in a report with recommendations for the UN. [http://www.un.org/News/dh/infocus/centafricrepub/Independent-Review-Report.pdf]