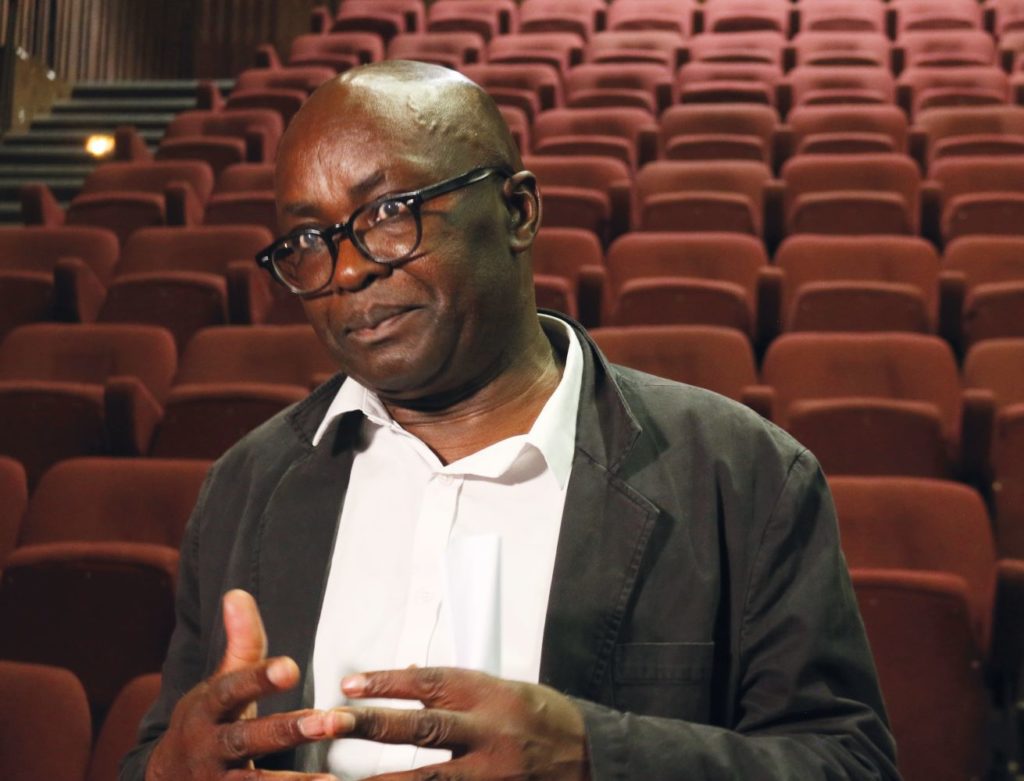 Wits Journalism in partnership with the Faculty of Humanities hosted the 16th Annual Ruth First Memorial Lecture on Thursday, October 3.

This year’s theme for the lecture, migrancy and populism, was fitting, as it addressed recent acts of xenophobic attacks as well as South Africa’s current economic and political climate.

Dean of the School of Humanities, Garth Stevens, in his welcoming address said, “In contemporary SA, themes of migrancy, populism, politics and xenophobia all converge and they often have social consequences.

“Given Ruth First’s legacy I think it is perhaps apt that we engage with these questions.”

Caxton Professor of Journalism, Anton Harber, said in planning this lecture, the committee look for an important current issue that evokes the tradition of First, in her writing and activism.

“As we discussed this year’s theme, a number of leading political figures were making anti-immigrant statements that blamed foreigners for the many problems of this country. Particularly in the period in the run up to the national elections.

“This is why we posed the question, has xenophobic language become an accepted part of our political discourse?” asked Harber.

Nickolaus Bauer, one of the 2019 Ruth First Fellows, gave his presentation documentary-style where a narrative of the xenophobic events of the past month was visually displayed.

“What informed my research is this position that South Africa seems to find itself where we have a long list of challenges that our leaders seem incapable of resolving. They are creating an “us versus them” situation and unfortunately in the firing line are mostly poor African migrants.

“I think it is a fitting tribute to Ruth First who was one of the first great researchers of migrant labour systems and their effect on not only the families but also the effect it has on society, in terms of how people view others that are different to themselves,” he told Wits Journalism

Bongani Kona, another 2019 Ruth First Fellow, presented his work through a memoir that gave the imagery of migration and the nuances that come with migrancy.

“The Ruth First fellowship gives you space to do enterprising research which is necessary work. I chose to base my research in Hermanus because I think it is a microcosm of South Africa. The challenges there are the same challenges faced by broader South Africa.

Keynote speaker, Prof Achille Mbembe from the Wits Institute for Social & Economic Research (WISER), spoke of a borderless Africa where Africans would not be migrants anywhere in Africa. He spoke of xenophobia as the consequence of the colonial borders drawn to divide the African people.

“These platforms are very important. Part of what we are lacking in most parts of our continent is a sense of futurity. The future has become a scarce resource. It has become very difficult for us to imagine a future of which we are supposed to be active participants in shaping.

“Platforms like this are very important especially when they are articulated to a figure like Ruth First. We know who she is. We know how she lived her life and we know how she lost it,” Mbembe said.

The Wits professor believes that decolonisation will only be achieved if all Africans can move freely around the continent. He suggested that Africa needs to embark on a project of continental integration.

“We must gradually phase out the borders we inherited from the colonial era. The time has come for total deborderisation – a borderless Africa,” he said.

He concluded by calling on a moratorium on deportations of Africans in Africa and urged that South Africa take the lead in this final push for the continent’s liberation.

“Decolonisation will be achieved if it is a quest of all. We should be able to move freely without shackles, without having to justify ourselves & our humanity. We need to open up Africa to herself,” Mbembe said.

Prominent writer and 2016 Caine Prize for African Writing winner, Lidudumalingani Mqombothi said, “The thing that I really enjoyed by it [the lecture] is that the three pieces were very different and I liked the different approaches to the theme. I liked the journalist approached that Nic took, Bongani’s human approach and the academic approach by Professor Mbembe.

“It was a good night of not only hearing one narrative about migrancy and populism in South Africa. When we talk about these issues they can be very general, but Bongani’s piece spoke more to me as it gave us names and people’s realities and stories.”