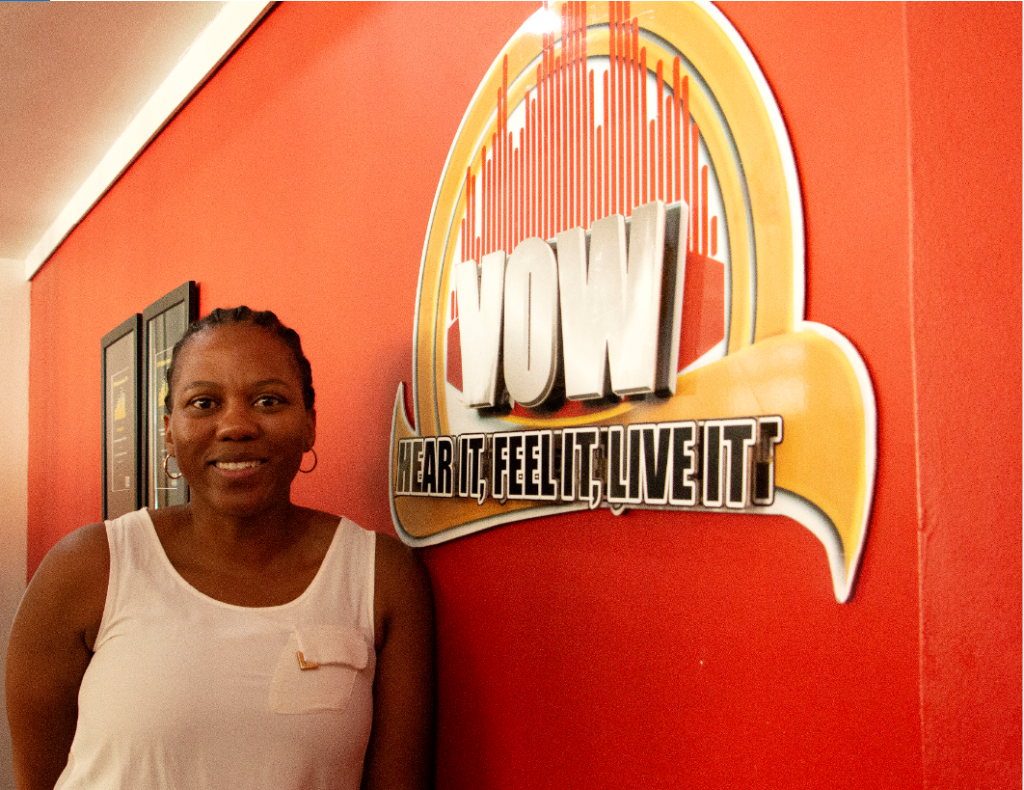 Having worked as a volunteer nearly 10 years ago, Shoeshoe Qhu returned to Voice of Wits FM  as its new station manager in July, 2019.

Qhu said having been a volunteer makes her return appreciate the station and what it offers to students and young people who are hungry to get into radio broadcasting.

“One of the best things about Vow FM as a campus radio station, is that it offers university students and young people an opportunity to learn and appreciate radio as a medium,” Qhu said.

VoW FM’s marketing manger, Marona Seekane said Qhu comes with a lot of experience and believes she will impart her knowledge on all the volunteers at the radio station.

“We are very excited to have the first black female station manager for VoW FM 88.1. Her structured way of thinking will provide direction as the station is set to celebrate 10 years in September 2020,” said Seekane.

She has worked as a freelance broadcaster and producer for Government Communications and Information System (GCIS).

She has worked at Talk Radio 702, Kaya FM and the public broadcaster, the SABC as a Content Producer, Responsible for Digital Media, and as an On Air Contributor. In 2015, Qhu was a finalist in the best News and Actuality producer, public broadcaster station category in what were formerly known as the MTN Radio Awards, now called Liberty Radio Awards.

On starting her new and challenging role, Qhu said what she hopes to achieve, “is for Voice of Wits FM to produce quality radio broadcasters and content creators. I appreciate that not all those that come through our doors will end in radio, and maybe radio is a pass time project while they find themselves in the world.”

She went on to list some well-known names in the industry that the VoW FM has trained such as DJ Spectacular at Metro FM, Lumko Johnson who is an actor and producer, Karabo Ntsweng and Zweli Mbele both at 947, Smash Afrika who is at 5FM and DJ Keyez at Kaya FM. “Some did not end up in radio like Zamantungwa Khumalo who is a Special Projects Editor at the Mail and Guardian or Zethu Zulu who is a writer and copy editor at True Love Magazine, the list goes on and on,” Qhu added.

As she embarks on this new journey, Qhu would like to see the fun return to radio.

“While I appreciate this is a transient place, I would also like to hear great radio, touching stories and the great music that the station is known for. This will mean investing my time and myself into the station, and hopefully inspiring the young people to become the best they can be,” she said.