GRAHAMSTOWN, South Africa – Financially troubled mainstream media and their journalists need to work harder to build strong personalized relationships with their audiences whom they must also serve personalized news content or kiss their centuries-old business goodbye.

This was one of the stark warnings to media owners, media managers, media scholars and journalists who attended the just-ended summit of the World Media Economics and Management Conference (WMEMC) in Cape Town from 6-9 May 2018.

Several speakers used the summit – the first in Africa in nearly 30 years – to bluntly tell the media and their scribes across the world to rapidly embrace technological innovation in their operations and not to leave this to non-media actors such as the global ‘platform companies’ of Google, Facebook, Apple, Amazon, Twitter and others. These are increasingly dominating the provision of new content, its value addition and dissemination to both local and international audiences.

Sue Valentine, a senior official working for the Open Society Foundations in London, told the nearly 300 delegates to accept a ‘new reality’ that the era of mass media in the twenty-first century had come to an end and that the new dispensation required both media and journalists to cultivate strong personalized relationships with their audiences and offer them personalized, high quality and trusted content which audiences would be prepared to pay for.

“The media and journalists must seriously listen to the feedback from their audiences and begin to address their concerns,” she said, calling for a concerted effort by media to use big data to build intimate relationships with individual news consumers who they should serve with the right news content at the right time and in right formats and amounts.

“This is much more difficult work to do and it takes a lot of hard work, but it pays at the end,” she noted.

Her views were echoed by other speakers, including by Lisa MacLeod, head of Digital For South Africa’s Tiso Blackstar Group, which was formerly known as the Times Media Group; by Professor Dumisani Moyo, head of the Department of Journalism at the University of Johannesburg; and by Dr Francois Nel, Reader in Media Innovation and Entrepreneurship at UK’s Central Lancashire University.

Not that what they were saying was really ‘breaking news’! 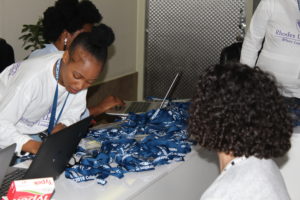 Professor Robert Picard, the outgoing president and chair of the WMEMC, has long campaigned for the media industry to seriously re-imagine its products, services and business models in an age of hyper-competition from social and digital media and, now, from the global tech platforms which are “eating their (media’s) lunch”, to quote one delegate.

Picard voluntarily stepped down as president and chair of the WMEMC after 25 years of service at the Cape Town summit and was replaced by his deputy, Professor Gregory Ferrell Lowe of North Western University in the U.S. who is currently director of the communication at Qatar University.

This was a damning observation on what both media and journalists are serving their publics from the world’s most noted media economist and founder of modern-day media management.

“As the transformation to motor vehicles occurred over the past century, horse dealers have never argued that their problem of selling horses was finding new revenue; they understood that their product had been replaced by things that served the same fundamental purposes differently,” he said at the San Diego indaba.

“Why is that we in journalism and information have such a difficult time accepting that legacy news products and formats are similarly experiencing competitive product displacement?  Why do we see the change as undesirable and evil? Digitalization is neither the cause nor the definitive solution to news organizations’ challenges.”

He noted that legacy media should not be seeking protectionism for their news enterprises, “but determining how best to provide credible and needed news and information in products and formats that meet the needs of the contemporary public. The challenges of changing technology, audience behaviour, and revenue require clear thinking and level headedness.

“Institutional determination of what is news and how it should be covered, presented, and distributed has been significantly influenced by institutional interests and these sometimes deviate from the best practices of journalism and information desired by news consumers.

“Although there is some concern about (the future of) journalism, most sustainability concerns are focused on the institutions of journalism. Journalism institutions and many journalists working in them… have embraced the idea that the challenge in the digital world is primarily how to monetize digital media and increase revenues. Only limited attention is being paid to the nature of the journalism that is being practiced and the kinds of content provided. 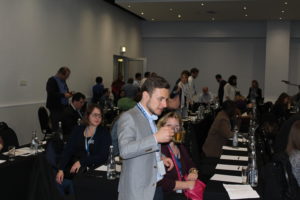 “The latter is being pursued primarily for the purpose of driving readership upward on various platforms in the wishful pursuit of advertising revenue. This institutionally focused strategy is designed to serve institutional interests, not to improve its offerings. Pursuing solutions to the revenue challenge masks a far greater challenge—the news product itself. The product perspective is crucial for understanding and responding to the contemporary challenges of news provision. It must become the motivation of efforts in every news organization today.”

News consumers in the digital twenty-first century have moved away from “single destination sources to distributed media sources, increasingly obtaining their news from a variety of platforms and services”.

“This is creating a shift away from traditional mass media markets to serving smaller audiences and individuals. This change requires news providers to pay greater attention to individual motives, needs, and expectations, personal interests and tastes, individual lives and social contexts, and the locations and settings of their individual media use,” Picard observed.

He added: “This requires news providers to have a much better understanding of their consumers than in the past… News providers today must…consider how they can now deliver better value, the functions they are performing for customers, the emotional and expressive needs they are satisfying, the problems they are solving for customers, how they make customers’ lives easier or more enjoyable, and what their expectations are and how they can be exceeded. Accomplishing that requires deep consideration of value and value creation.”

Picard’s presentation, which I have purposefully quoted at length to engender greater understanding of legacy media’s challenges, is simultaneously a must-to-do list for media firms and their journalists if they are to remain relevant and sustainable in a discontinuous age.

Indeed the failure by mainstream media to rise above the din of the ‘news noise’ that characterizes the age of ‘ambient journalism’ – brief journalism tweets that alert audiences to news developments but lacks coherence that provides deeper human understanding of these events — also unwittingly spawned the proliferation of fake news by those who subscribe to ‘alternative facts’ in a ‘post-truth world’.

The purveyors of outright lies, of news manipulation and of propaganda have found a gap in the business of news and journalism and sought to fill it with their own ‘news’, which mainstream media firms and journalists must now combat by providing trusted news content to their audiences.

“At the centre of this trust is the credibility of the news and its transparency: the public disclosure by news providers of their news sources, how these sources know what they claim to know, whether these sources are in a position to know, and whether they have evidence that will stand up scrutiny in a competent court if challenged,” one leading WMEMC delegate commented.

“This is the future for the media and journalism in the twenty-first century and beyond: having to distinguish themselves from the news-fakers and others masquerading as journalists because of the abundance of digital and social communication tools,” the delegate added, preferring anonymity.