Journalists from Nigeria and Iraq were the recipients of the $2000 prize at this year’s Global Shining Light awards. 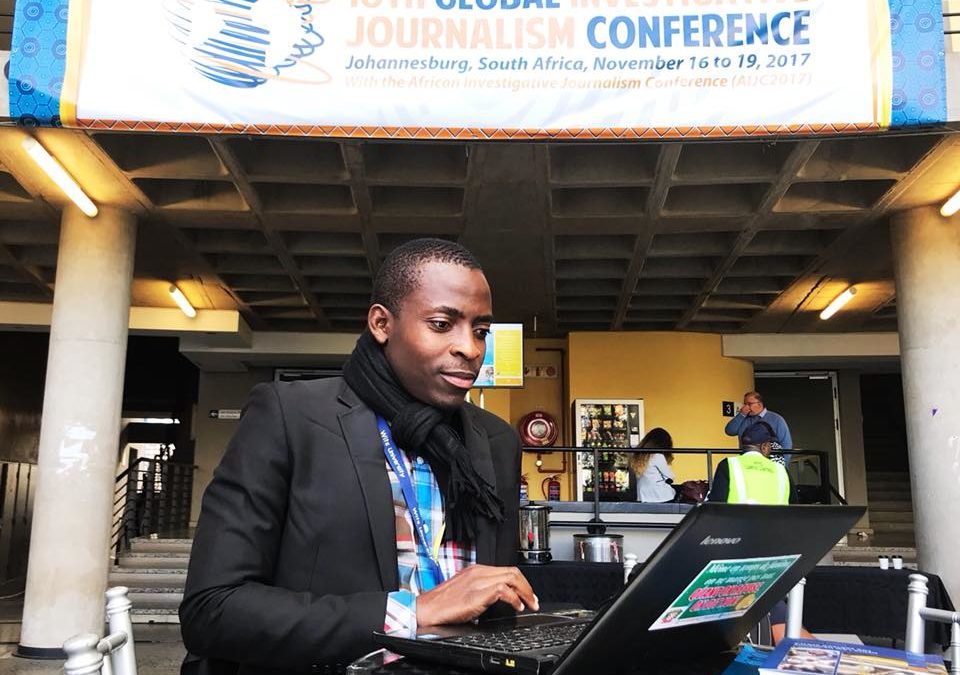 The work of Emmanuel Maya from Nigeria and Iraq’s Assad Al Zalzali were chosen from 211 projects submitted by journalists across the world for work produced between January 1, 2015 and December 31, 2016. The Global Shining Light awards was hosted on Saturday, November 18 at the Global Investigative Journalism Conference (GIJC17) in Johannesburg, South Africa.

Maya’s special report in Nigeria’s Premium Times was the result of a two-month long investigation into allegations of police and military targeting of ethnic minorities in Onitsha that led to mass deaths in the region of Onitsha. The report was the basis for new investigations by the military and a call for independent investigations into the massacre by human rights groups.

Congratulations to @MayahKGB, @Musikilu, Asaad Al-Zalzali & Thaer Khalid for their joint win of the Global Shining Light Award & @birnbalkans, @OCCRP + other media partners, and @RanaAyyub for receiving a Citation of Excellence https://t.co/DGWVtksatd pic.twitter.com/uIWm2tQ2iq

Project 1, Zalzali’s piece for Iraq’s Beladi TV channel, investigated the disappearance of $ 200 million worth of public funds that had been allocated to public schools in the country. It exposed corruption between the Ministry of Education and led to the recovery of a portion of the funds.

The Gujurat Files: Anatomy of A Coverup by India’s Rana Ayyub and Making A Killing, the 2016 collaboration between Balkan Investigative Reporting Network and the Organized Crime and Corruption Reporting Project received special mentions for their efforts.

The Global Shining Light awards are held annually to honour investigative work by journalists from developing countries or countries with uniquely difficult reporting conditions for journalists.