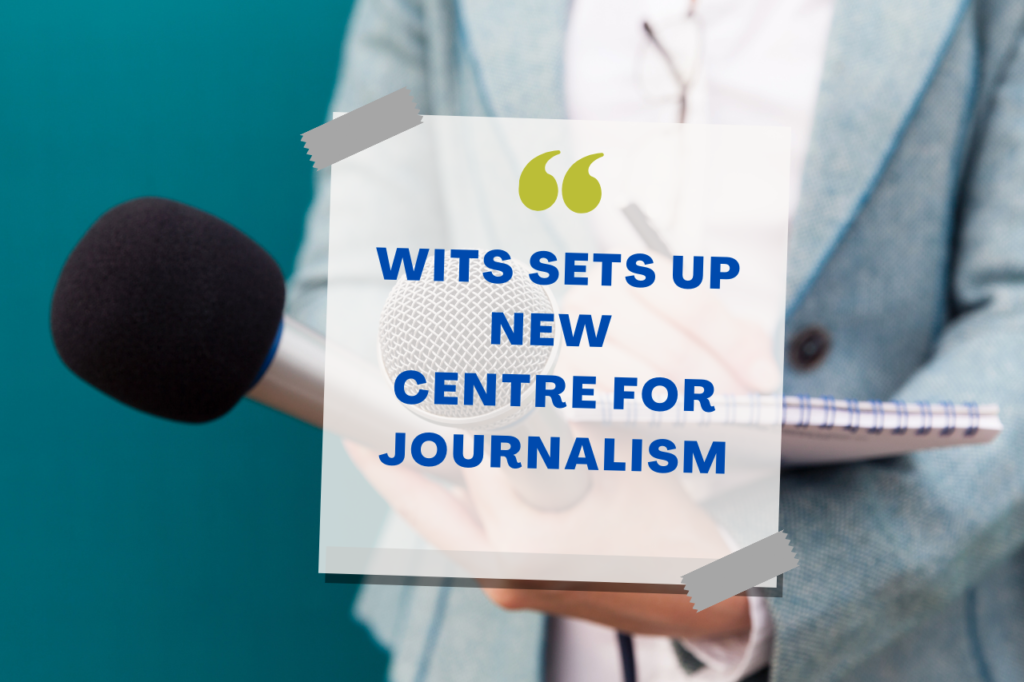 The new Wits Centre for Journalism (WCJ) being set up at the University of the Witwatersrand plans to engage with the rapidly changing world of African journalism through high-level scholarship and direct professional and public engagement.

Since Wits launched a journalism programme around two decades ago, it has built up a reputation as a leading provider of quality post-graduate teaching, thought leadership and practical engagement. Besides teaching and research, its activities range from hosting major international conferences to direct support of investigative journalism, community media, media innovators and others.

The new centre will continue these activities, expand its focus on the African continent and on digital media while growing its research output. The university authorities recently approved the creation of the WCJ and a formal launch event is being planned.

Adj Prof Franz Krüger, HoD of Wits Journalism, said the concept of the WCJ had taken shape in long and detailed discussion with staff and various stakeholders. “It is an enormously exciting opportunity for us and for the university, and we believe the centre will be able to play an important role in contributing to the future of journalism on the continent,” he said.

The centre has formulated its mission as being “to reimagine and build quality, independent South African and continental journalism that is able to meet the challenge of rapid change. Through teaching, research, innovation, practice and public engagement, we chart the future of African journalism, media and communications.”

According to the WCJ’s founding document, major changes in the ways in which audiences receive news have created a crisis for journalism. This plays out in African countries in specific ways that need extensive study: “There is an enormous need to produce more knowledge in this area, particularly as debates in the field are dominated by views from the Global North.”

At the same time, Wits Journalism’s strong links into the professional world will be maintained and grown.

The WCJ is currently fundraising for a new Chair in Digital Journalism and Media Innovation, and hopes to create a fund to support postgraduate study and fellowships for African media leaders. This will attract “the best and the brightest to study and research with us” and create “a space for practical innovation” in order to meet the mission, the document says.

The development of partnerships with other African journalism schools will be a core feature of the WCJ’s approach. Already, plans are being made for the extension of the State of the Newsroom reports to other countries, the Jamlab accelerator programme has been extended to media innovators across the continent and the Africa China Reporting Project is working with investigative journalism hubs in several other countries, to mention just a few.

The Wits Centre for Journalism is recruiting a Director to lead the institution.  Applications are now open and close on 20 August 2021. Further details are available here.