Women are up to the challenges of investigative journalism 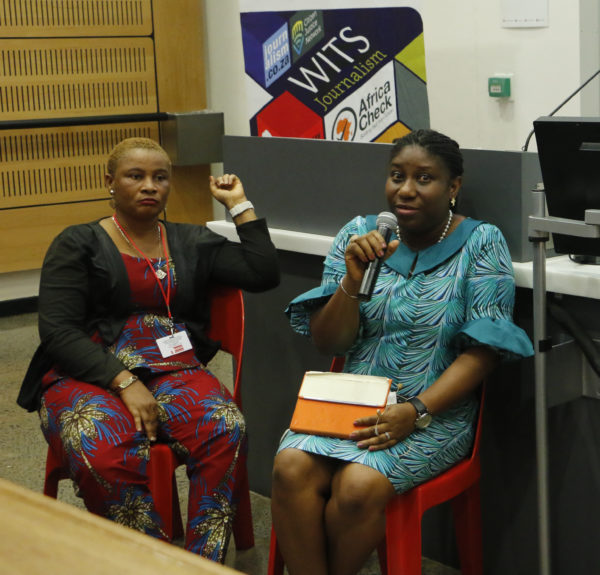 The talk kicked off with Motunrayo Alaka, a Nigerian journalist who leads the Wole Soyinka Centre for Investigative Journalism. She expressed concerns over how women are represented, treated and recognised in the newsroom.

“A lot of women are considered quiet and hardworking but a lot of women do not make it to the editor-in-chief position,” Alaka said. “The perception is that if you are vocal, you are aggressive,” she said.

Alaka was joined on the panel by Juliana Francis, the crime editor for the New Telegraph in Nigeria and Pauli Van Wyk, an investigative journalist for the Daily Maverick.

Francis said she found it challenging to be a mother and follow through with investigative stories that she wanted to pursue. “There are so many stories I want to do, but can’t because of my kids. I did an investigative story for two years and it was very difficult for me to leave my kids to travel to different states,” she said.

Being intentional in decision making was one of the key ways discussed to address the challenges confronting women in newsrooms.

Women cannot expect to change things overnight, Van Wyk said. “Doing small things in your own newsroom is something that everyone should be doing every day. Don’t just accept what people tell you.”

Francis encouraged women getting into the field not to be afraid, and not to feel pressured to do a lot of stories. “It does not matter how long [an investigation] takes. The final product is all that matters.”

According to a 2017 survey conducted by the American Society of News Editors  on the leadership of women in newsrooms, only 38.9% of newsrooms in the US had leadership positions held by a woman.