As a student at Wits, Carlos Cardoso was deported to Mozambique in 1974 because of his support for the Frelimo government. He became a journalist, and while investigating political and financial fraud, he was assassinated in Maputo on 22 November 2000. 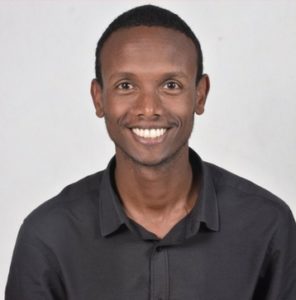 Befeqadu Hailu Techane is an Ethiopian writer, activist, and blogger. He is a member of the Zone 9 Bloggers group that were arrested in 2014 due to their blogging activities after being accused of inciting violence through writing.

He has been the editor of various newspapers, and currently is a columnist for Deutsche Welle Amharic Service, a freelance journalist for ethiotube.net, and part-time programme coordinator for the Ethiopian Human Rights Project.

His published novella titled Children and their Parents was a winner of Bill Burt Award for African Literature in 2012. His other awards for his participation in the Zone 9 Bloggers include the Committee to Protect Journalist’s International Press Freedom Award, the Reporters Without Borders Award for Citizen Journalists, and the Hellman/Hammet Human Rights Award.

RSVP: aijc@journalism.co.za (You need not have registered for the 2018 African Investigative Journalism Conference to attend this lecture)