RDA2020: The current status of community radio in South Africa 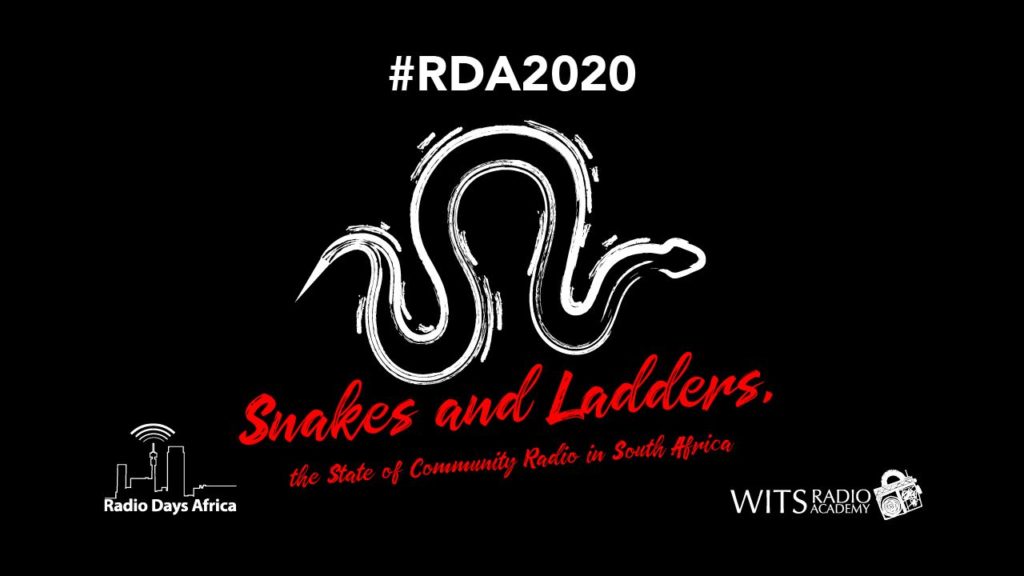 “Community radio has well over 10 million listeners a week in South Africa,” Zandile began to kick off the discussion. “The pandemic has certainly highlighted some of the challenges. So what does the sector look like in this new landscape?”, she asked. “The smear of unprofessionalism and infights are some of the historic challenges that the sector continues to be met with,” Raymond responded. “There are however also a number of stations emerging who have started being more consistent to their communities”. He also touched on the fact that more community stations are compliant in the current landscape, and that the sector should be proud of the number of people who are now in commercial radio positions thanks to honing their craft using community radio as a platform to do so. “Subsequently, one of the biggest challenges of the sector is skills retention,” he added. This would ultimately become the hot topic of the day, with the entire panel weighing in on the matter.

“Community radio is a breeding ground for commercial and public radios,” according to Pinky, South Africa’s Deputy Minister of Communications. She added that even in the wake of losing these skills to other branches of radio, it is up to a community station to continue to make itself relevant and competitive. She suggests that first and foremost it should be relevant to its audience, and then it should do what it needs to in order to keep up in terms of competitiveness. The sector has long been riddled with what is now dubbed “volunteerism” — the perpetual disparity between practical earning opportunities versus people coming into community stations and working for free to gain skills and leave for actual paying jobs. “For me, the community radio sector is just being treated as a platform for training,” Phanka said in this regard. “Volunteers are just being treated as unpaid or cheap labour. The Community Radio Foundation ensures that these volunteers are catered for”. He posed to the panel that we need to ask who these volunteers are, find out why they are there, and most importantly, we need to always understand their primary intentions for leaving the sector too.

Raymond suggested that the sector is in a “bittersweet moment” when someone leaves for a commercial opportunity. “We are celebrating growth, but at the same time, we are losing someone,” he said. Getting those skills back or having the resources to train up someone new is not always possible when funding continues to be a contentious issue. Zandile raised an important point about the community radio sector long waiting to be allocated a bigger chunk of the government advertising spend pie, which will likely free up some resources for stations to focus on critical avenues like skills retention. “How does the sector organise when the government cannot keep to the promises that it has made provisions for?” she asked.

At the same time, this is not likely to be a blanket solution. Isaac suggested that the limited resources that are already present are often spent on dealing with internal politics. “Most community radio stations spend resources to deal with squabbles,” he said. Coupled with mismanagement of funds, this is a recipe for disaster in the long term. Pinky voiced the importance of community radio moving towards consolidation, suggesting that we need to look more closely into why certain stations are managing well, and others aren’t.

The fragmented nature of the community radio sector was one of the key learnings to emerge from the discussion today. With so many voices in this branch of radio, is it possible to come to some practical, viable solutions to propel it forward? The panel was candid in expressing their opinions on how community radio can start to become more sustainable moving into the future, albeit that their opinions were at times somewhat divisive too. For Raymond, relationship dynamics within community stations need to change as a first step. Phanka called for the establishment of a legal platform to discuss the ever lingering issue of volunteerism. For Isaac, effective mentorship is key. He cited mismanagement as one of the primary stumbling blocks towards community stations becoming self-sufficient. Pinky suggested that how community stations attract and retain their audiences will become very important to their sustainability in the future, citing the importance of good content, as well as being agile in what she considers to be a fast changing landscape.

In wrapping up the discussion, conference delegate Mphale Mphale offered a piece of wisdom in the chat section that might help to remind all stakeholders, and especially those with contrasting views about the way forward for the sector, about the true nature of community radio:

Always keeping its true nature in mind, perhaps the sector can use this as a foundation as it bids to find innovative new ways to face its challenges head on. Most importantly, irrespective of what it tries to do, the community radio sector should continue to act as a beacon of light and a trusting friend to the many culturally diverse communities that are scattered across South Africa.